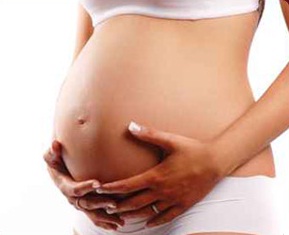 Breathing Difficulties and Chest Tightness During Pregnancy. Treatment with Pre-Natal Osteopath in London

During the later stages of your pregnancy, you may feel some tightness in your chest, and difficulties when breathing. This is generally caused by upward pressure from your uterus as your baby grows. These symptoms can then be further exacerbated by anxiety or stressful situations. Although this is a common condition for many women, it can be uncomfortable and upsetting, especially right before birth. Our specialist pre-natal osteopaths in London are here to help you and relieve you from any uncomfortable tension during your pregnancy.

Pre-natal osteopathy treatment can provide relief from chest tightness and shortness of breath during pregnancy. Our osteopaths in London are specialized in treating this condition for pregnant women, with many years of experience all around the world, and knowledge of the most effective techniques. Using soft and gentle osteopathy to work on the diaphragm and rib system will ensure a better flexibility and mobility to breathe deeply. It will release any tensions in that area and rebalancing the body will help to improve respiratory functions.

Breathing Difficulties and Chest Tightness Specialist Osteopathy Treatment at your home in London or at our practices in Moorgate Monument EC3, Belgravia Westminster SW1 or Clapham SW4

At Mummy’s Physio London, we understand that it can be difficult for you to travel, especially during the later stages of your pregnancy. This is why we offer appointments at your home in London during the week and at weekends for pre-natal osteopathy treatment. However if you prefer to visit us at one of our practices, then you are welcome to book an appointment at the Light Centre Belgravia SW1 in Westminster, near Victoria station, the Light Centre Monument EC3 between Liverpool Street and Monument stations and our practice in Clapham SW4 between Clapham South and Clapham Common stations.

How can osteopathy during pregnancy help breathing difficulties and chest tightness?

Respiratory issues such as breathing difficulties and chest tightness during the last stage of pregnancy respond very well to gentle osteopathic methods. In rebalancing and realigning the spine, chest and diaphragm, respiratory functions will greatly improve, and any pain felt when breathing will be lessened. Our specialised pre-natal osteopaths will also use soft and gentle massage and manipulation techniques to work on these areas, giving them an all-round better flexibility, resulting in the act of breathing feeling much freer. The osteopath will also use different methods to release any tension that may be collected around the uterus that might be impacting on your respiratory system and other organs. After completing a treatment plan of pre-natal osteopathy at Mummy’s Physio London you will be able to breath with ease, and feel much more relaxed for your upcoming labour.

What are the symptoms of respiratory issues during pregnancy?

During the last stage of pregnancy, may women find that they can be short of breath, and feel as though they don’t take enough air in when breathing. There can also often be a feeling of tightness or pain in the chest, making many mothers feel stressed and uncomfortable before the birth. Any feelings of stress or anxiety while experiencing breathing difficulties will unfortunately exaggerate symptoms. At Mummy’s Physio London we understand this can be a difficult experience, especially so close to your due date. If you are experiencing any of these symptoms then please don’t hesitate to give us a call to discuss them.

Please note that while respiratory issues during pregnancy are quite common, they can also be associated with other conditions such as high blood pressure. A doctor’s appointment will always help to put your mind at rest.

Why do I have breathing difficulties during pregnancy?

As your baby grows bigger throughout your pregnancy, it can have many effects on your body, and especially the chest cavity. As the baby begins to take up more space in the uterus, the uterus will move from an intra pelvic position, to an upward position underneath your chest, finally being stopped by the diaphragm and costal system. This upward pressure can in some women push the digestive system upwards and to each side. All this movement inside and lack of space can result in difficulty breathing and chest tightness.

Because your diaphragm moves up and down during inhalation and exhalation, it will result in a particular pumping effect on your digestive system. Because of the further pressure from your uterus, digestive symptoms such as difficulty digesting and heartburn can appear, alongside a difficulty in breathing due to the lack of space. These symptoms can become exacerbated and reinforced by feelings of anxiety or stress which can be common during pregnancy.

Book 10 sessions Get One Free

Mix and match any of our treatments  Physiotherapy, Osteopathy, Pilates or Personal training

Call our office or ask your therapist for details 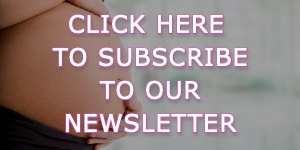