Vaginismus physiotherapy treatment in London, physiotherapist specialised in Vaginismus rehabilitation at home or at our practices in Moorgate EC2, Belgravia Westminster SW1 and Clapham SW4

Vaginismus treatment with our women’s health & pelvic physiotherapist in London 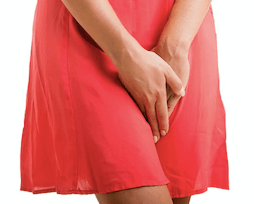 Our pelvic physio has many years of experience in treating vaginismus and has relieved thousands of women with vaginal pain using pelvic floor rehabilitation and other pelvic exercises, allowing them painless intercourse and giving them a pain free everyday life.

Vaginismus is an involuntary spasm of the muscles surrounding the opening of the vagina. Vaginismus is also known as genito pelvic pain disorder (GPPD).

It is described as a vaginal tightness which causes discomfort, vaginal pain, pain during penetration, and can make it impossible to have intercourse. Vaginismus can also cause difficulty inserting tampons – smear tests and other investigations may also be painful.

There are two main types of vaginismus:

Mummy’s Physio in London is the leading physiotherapy clinic in pelvic floor and women’s health conditions such as vaginismus and sexual pain.

Our women’s health physiotherapist will be able to help you manage and improve your vaginismus symptoms with personalised treatment techniques and long-lasting results, so you can overcome the condition and get full control of your pelvic floor muscles.

Vaginismus Physio treatment and pain during sex rehabilitation in London at your home or at our practices in East London Moorgate EC2, Central London Belgravia Westminster SW1 and Clapham SW4 in South London

Vaginismus Physiotherapy at home in London

We understand you might not be able to come to our practice or feel more at your ease in the comfort of your own home. This is why our women’s health physiotherapists can provide vaginismus treatments at your home, in London, via home visits or video consultations.

Vaginismus treatment at our pelvic physiotherapy clinic in Moorgate, Belgravia and Clapham

Our team of highly trained women’s health physiotherapy & osteopathy provide treatments at our practices in London:

Women’s health physiotherapy can help you manage and improve symptoms of endometriosis with various techniques and exercises to mobilise your pelvic floor muscles.

Learn to identify your pelvic floor muscles with physiotherapy, strengthen and relax them with various methods of pelvic exercises and self-manage your symptoms at home.

What are the symptoms of vaginismus?

The main symptom of vaginismus is vaginal tightness. This causes discomfort and therefore pain, which can be burning and stinging in nature.

How vaginismus affects my life?

Vaginismus can have a big impact on women’s lives and their intimate relationships: they experience pain with sex, or are unable to have sex at all. Symptoms of vaginismus come from the body’s limbic response: the brain senses danger, often for no reason, and signals the body to brace and protect against this potential harm, tightening the vaginal muscles. This starts a vicious circle of tightening causing more pain and so on.

What can physiotherapy do to treat vaginismus?

Pelvic physiotherapists can help you manage and improve vaginismus symptoms by teaching you how to relax your vaginal muscles. The muscle spasms make the muscles of the vagina and pelvic floor shorten, often involuntarily.

Physiotherapy can help release vaginismus spasms with manual therapy techniques to mobilise the pelvic floor muscles, and teach patients to recognise when these muscles are tightening and as part of self-treatment at home ­– teaching exercises and helping with a relaxation practice.

Dilators can be very helpful in reducing the sensitivity in the vaginal area, retraining the muscles to not tighten. Your pelvic physiotherapists will help advise and guide you on choosing and using dilators.

If you have any questions about pelvic physiotherapy for vaginismus, contact our office on 0207 125 0262 or email us at info@mummysphysio.com

Book 10 sessions Get One Free

Mix and match any of our treatments  Physiotherapy, Osteopathy, Pilates or Personal training

Call our office or ask your therapist for details